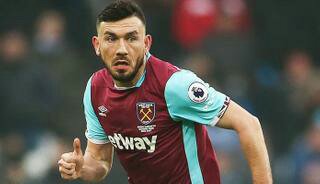 The charge against the 31-year-old Scotland midfielder arises from a visit by UK Anti-Doping (UKAD) officials to London club West Ham’s training ground in February.

“Robert Snodgrass has been charged with a breach of FA Rule E3(1),” the FA said in a statement.

“It is alleged the player used abusive and/or insulting words towards UK Anti-Doping officials who were visiting West Ham United’s training ground on 06 February 2019 to conduct out-of-competition testing. He has until 18 March 2019 to respond.”

This site uses Akismet to reduce spam. Learn how your comment data is processed.